Chances are, if you find yourself scrolling through cable channels late at night, you will come across a 1950s sitcom filmed in grainy black and white and called The Honeymooners. It starred Jackie Gleason, one of the biggest stars of stage and screen in those years.  Gleason was a comedian, writer, composer, and conductor, known affectionately as “The Great One.” His tag line as he left the stage each time was an exaggerated dance move with the words, “Away we go!” 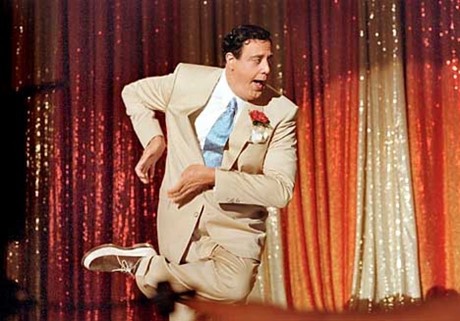 A recent article about Gleason charts the path he took to fame and a particular practice he lived by.

Gleason, before he made it big, bounced around for years. In the 1940s he worked as master of ceremonies in seedy burlesque houses; he had bit parts in motion pictures that used his obesity for easy laughs. He became despondent.

Then something happened: television. Gleason and the small screen were a magical combination. All over the U.S., families that had purchased their first TV sets were entranced by his comedy routines. CBS, impressed by his popularity, hired him at a salary that within a few years would boost his annual earnings to $3 million, equivalent to more than $30 million today. He was on top of the world—which leads us to his cautionary advice.

Just after Gleason signed the big CBS contract, he was spending time with journalist Jim Bishop, who was hoping to write about the two new American phenomena: television and Gleason.

One day, in Gleason’s New York apartment, Bishop saw Gleason put a battered, empty trunk on his bed. Gleason, suddenly wealthy, had closets full of expensive new clothes; into the trunk he loaded some suits, freshly laundered shirts, ties, socks and shoes.  Bishop was puzzled, as was Dave Shelley, a longtime friend of Gleason who was there with them. “What’s all this?” Shelley asked.

“Right now, I’m supposed to be playing burlesque in the Adams Theater in Newark,” Gleason said. It made no sense; he had once introduced strippers and comics, but Gleason was in a different, loftier universe now.  What he meant, Gleason explained, was that if not for his run of unanticipated good luck, he might very well still be working in burlesque houses. He remained the same person even if he was now a coast-to-coast star.

“You know what I’m doing?” he said as he packed the trunk. “I’m thinking that someday I may find myself back at the Adams, and if that happens, I know I won’t have a dime or a suit of clothes, so I’m sending this stuff to the Adams right now.” On the trunk he attached a tag with five words: “Jackie Gleason, Hold for Arrival.”

It is poignant to consider Gleason’s “hold for arrival” trunk, stashed away in a culture obsessed with forward motion.  Gleason was packing for the past, not completely trusting in his experience of the present or his bets for the future.

It seems that churches stow “hold for arrival” trunks all through their congregational life.  Packing for the past. Not trusting in their experience of the present. Hedging their bets on an uncertain future and using gimmicks in place of radical trust in God.

We will hold onto this program because any time now, when young people return with their kids, we’ll be ok.

You can fill in your own “trunks” from here, but most churches do the equivalent of what Jackie Gleason did.  As a hedge against changes in the future, they hold onto a “stash” of things that represent what used to work.  These things offer a type of comfort and familiarity.   Often, church boards call these “trunks” prudent.

We wonder, whatever happened to that trunk of Gleason’s?  He never needed it and presumably never came to retrieve it.  At what point did someone open it and say, what on earth is this for?  When did someone finally decide it had to go?  (Or is it still there, gathering dust in some backstage corner of the Adams Theater?)

Over against this, consider two simple verses from Proverbs 3:5-6 (and echoed throughout scripture):

Trust in the Lord with all your heart and lean not on your own insight.  In all your ways, acknowledge God, and God will make straight your paths.

And, to help you on your way with your spring cleaning, enjoy this short poem by children’s poet Jack Prelutsky:

Deep in Our Refrigerator

Deep in our refrigerator,

for food that’s been around awhile . . .

we keep it, just in case.

“It’s probably too old to eat,”

my mother likes to say.

for me to throw away.”

It stays there for a month or more

to ripen in the cold,

and soon we notice fuzzy clumps

The clumps are larger every day,

we notice this as well,

but mostly what we notice

is a certain special smell.

When finally it all becomes

a nasty mass of slime,

my mother takes it out, and says,

She dumps it in the garbage can,

though not without regret,

then fills the space with other food

that’s not so ancient yet

What motivates the mother in Prelutsky’s poem to hold onto food that’s too old to eat?

Do you recognize any of your family patterns in this poem?

Do you recognize any of your congregational patterns in this poem?

What’s in your congregation’s “hold for arrival” trunk? How might you unpack it?