Posted on November 22, 2016 in Recent News
Authored by Macedonian Ministry 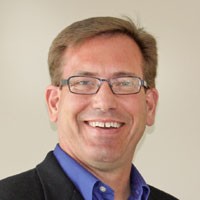 The anesthesiologist didn’t want to do my surgery. He asked the surgeon why they were going ahead with the procedure, considering the complications and the morbidity rates. I didn’t learn about the anesthesiologist’s hesitation until several weeks after, of course. The morning of the operation I knew only that the anesthesiologist had done what anesthesiologists do – asked me about drug allergies, explained his role in my surgery, and then he had closed with a peculiar assurance. “After that,” Mr. Travis, “you’re in God hands.”

I responded as you’d expect a minister to. I said, “I believe that. And I believe that God is going to use your hands.”
He quickly replied, “No, you’re in God’s hands now.”

He was more than washing own hands; he was proclaiming a great theological truth. We are in God’s hands, each of us, and all. Now, looking back six months and down a 24 inch scar, what most amazes me about the experience is that I experienced no fear.

Fear is that most paradoxical of helpmates; designed to protect us, it can also destroy us. From the reptilian brain’s microsecond message to fight or to flee, fear helps us fend off danger and to keep ourselves safe. But fear can grow. Fear can multiply itself within us so that our self-protection becomes world rejection. We put bars across the windows of our house and the doors of our hearts.

There is a great argument about what we fear most – death or isolation? – but the common denominator in both is the absence of God. Our heart most deeply yearns to be with God, to beat with God’s heart. Hence, our greatest horror arrives with the very thought of being separated from God.

Maybe that’s why the Bible calms us so frequently. The angel proclaims, “Be not afraid.” Jesus repeats, “Be not afraid.” Over and again, over 300 times by one counting, God says in one way or the other, in the Bible, “be not afraid.” God is with us. Side by side. Hand in hand. In God’s presence, we have no reason to fear.

And I wasn’t afraid, serious as the surgery was. What fascinates me is that I didn’t decide to not be afraid. There was no conscious reflection, no cerebral decision, no mountaintop moment after which I willed myself to remain calm. It just happened. It was, like every other sign of grace, pure gift.

Now I have been afraid many times and I will be again. That my fear evaporated in the operating room is not evidence that God had abandoned me in those other times. Rather, it is evidence that God was most present when I most needed it. The opposite of faith is not doubt. The opposite of faith is fear. When our hearts beat with God’s heart, we trust God’s provision. And trust, just like faith, is a gift from a gracious God. Like every gift from the divine, God never tires of giving it, and God provides it in God’s love and mercy.

Be not afraid.
You’re in God’s hands now.
And that, that is more than enough.