Posted on January 31, 2017 in Recent News
Authored by Macedonian Ministry 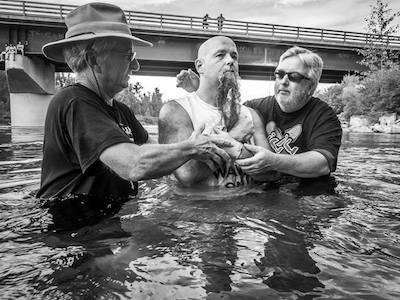 The water temperature was 59°.

The river was flowing at 4,950 cubic feet per second.

We gathered with 95 witnesses on the bank of Montana’s pristine Flathead River to celebrate the baptism of 17 skateboarders and their friends and families. A skater’s grandmother and grandfather asked to be baptized. There was also a father who brought his wife and children to be baptized (See Acts 16: 29-34).

My adventure with Serious Ju Ju skateboard ministry had evolved from spectator, to advocate, to volunteer. I guess at some point I went “all in.” I had a day job, (lawyer) a night job, (reluctant veterinary assistant for my wife) but this was now my passion. For 18 months my pastor and friend Glenn and I stumbled along in this ministry that had been resurrected and adopted by our mainline church. I use to prosecute skateboarders, now I was serving them.

We secured and converted a musty old warehouse downtown by the railroad tracks. Every week we opened the warehouse for skating, shared a meal and the proclamation of the Gospel. Eventually the Mother Church saw our struggle and the potential of this work and assigned our associate pastor to be our community pastor and to commit half of her time at the warehouse. We were also blessed by church members who brought clothes, cooked meals and cakes for birthdays, assisted in refurbishing the warehouse, generously gave funds and just came and encouraged the skaters. 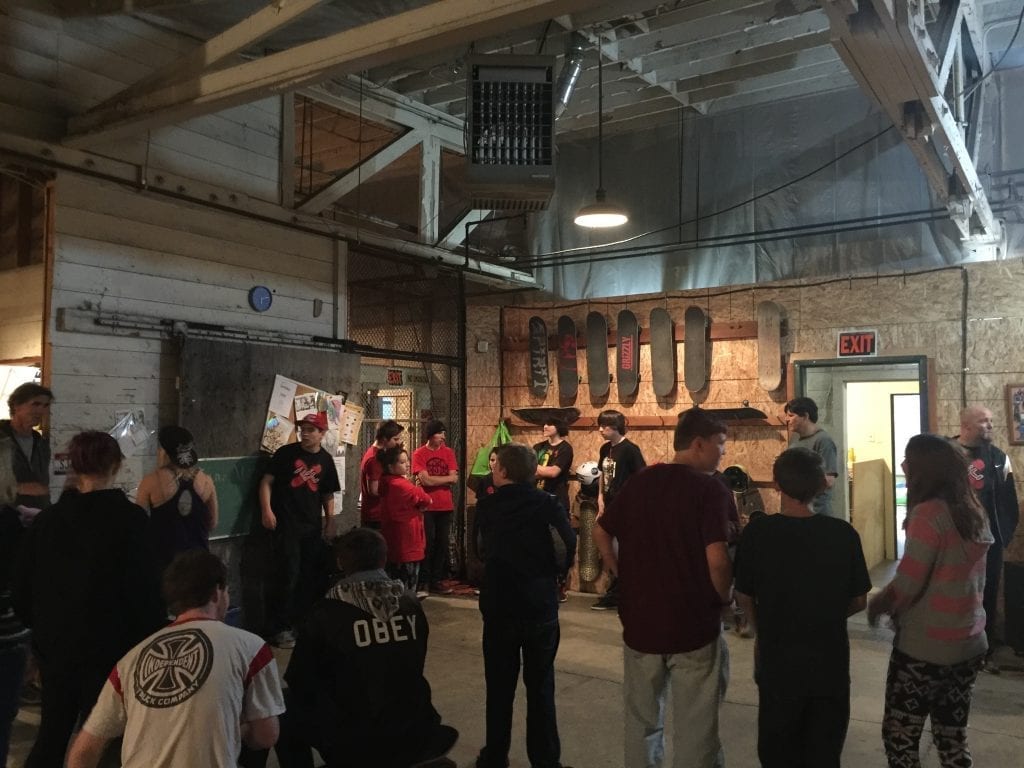 We came to know the skaters and were moved by their tragic stories. Stories of poverty, broken homes, neglect, abuse, parents consumed by addictions and mental illness, of unexpected pregnancies and dangerous approaches to suicide. A constant struggle was hunger. “This is America; how come these children are hungry?” I would ask.

There were also stories of triumph. We rejoiced when two of our best leaders from the worst of homes both achieved their personal goals of high school graduation. We prayed with and then said goodbye to one of our skaters that was cheerfully going to live with his grandma in Kansas while his father entered a yearlong treatment program. “Lord, let this be the time that he finally quits,” he prayed. We watched and encouraged skaters as they became more proficient in their skateboard tricks. “Hey, watch this!” became a constant request. 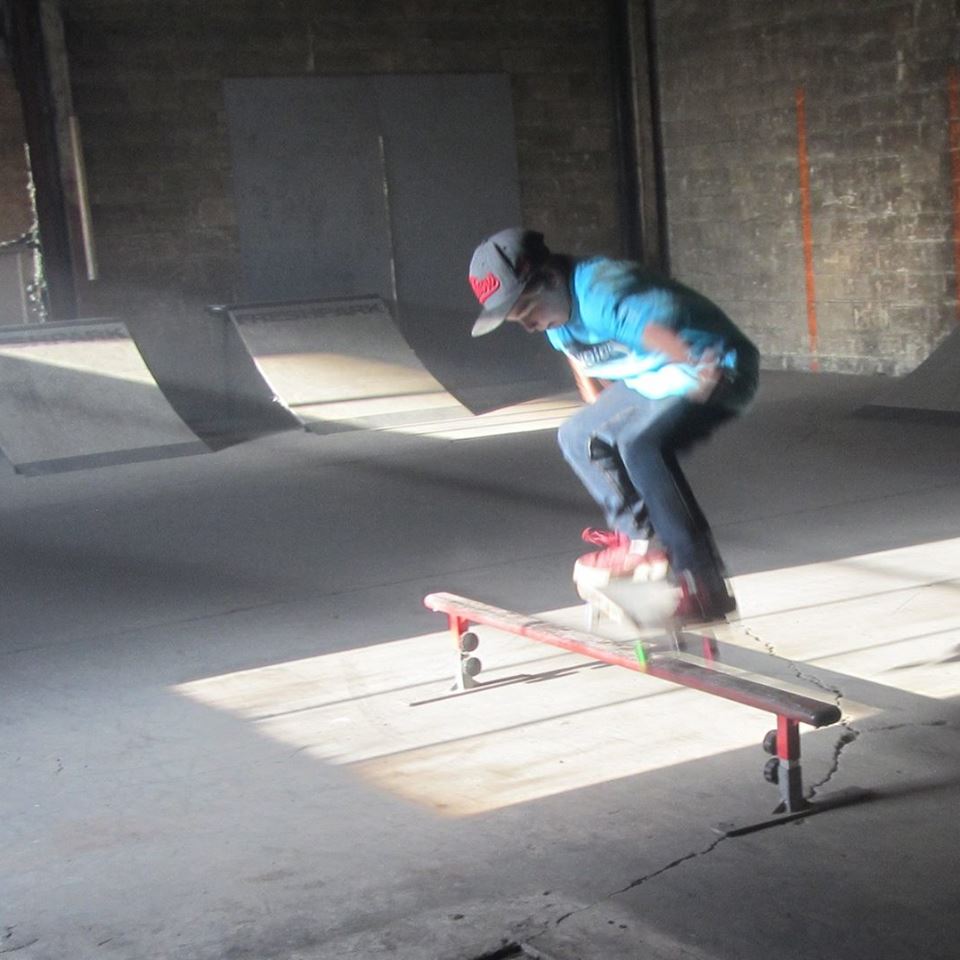 I began to appreciate my pastors in a different way. For many, many years I was just a guy in the pew. I served as an elder but I wasn’t very good at that. I had judged my pastors by the wit and cleverness of their sermons. But at the warehouse I was exposed to raw essence of the Gospel. I learned the secret truth that some of my pastors’ best ministry nobody sees. It’s about relationships. It’s about love. Forget the sermons. This is where the Word becomes flesh and dwells among us.

The baptism service at the river was a high-water mark of our summer. We had set a few rules. No child would be baptized over the objection of a parent. If a skater attended a church, we encouraged them to be baptized in their own church. If we were allowed, we would want to attend the service in their church. If their pastors wanted they would be welcomed at the river to participate in our service. We ultimately had eight different pastors and elders from four different churches assist in our service.
Our Presbyterian preference of administering the sacrament by sprinkling yielded to the skater’s expectation of immersion. Through our discussions and teachings leading to the service I came to embrace the mystery of my own infant baptism as a gift of pure Grace encouraged by loving parents.

So here’s the deal. When you step into the river with another person something happens to your soul; not just the soul of the person being baptized. From time to time I have been haunted by skepticism, cynicism and doubt. Now I look back on the baptism service as the place my atheism was washed into remission.

To learn more about the connection between Macedonian Ministry and Serious Ju Ju check out the video:

Serious Ju Ju meets in the warehouse every Tuesday, Thursday and Friday nights. Their webpage is: seriousjujuskateworks.com. Their Facebook page can be found at Serious Ju Ju. Donations and inquiries are welcome and can be mailed to Serious Ju Ju Skate Works, Inc., P.O. Box 705, Kalispell, MT 59903.[/info-box]