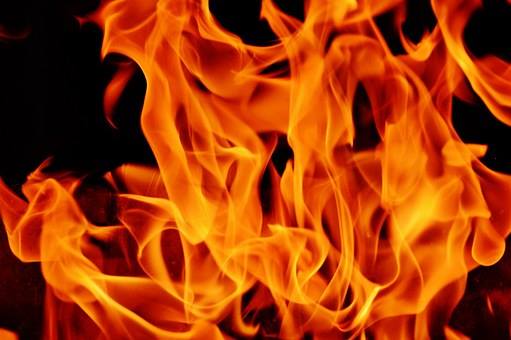 Yes, we had a fire pit in the sanctuary. We started out with a little fire going in the fire pit and then the fire got a little bigger with every paper that people threw in.  Unfortunately, the fire pit was not set up to handle such a large volume of paper. Evidently the congregation had a lot to repent for and the flames grew quite high, twenty feet in the air high.

It was not good.

But, we were prepared. We had a fire extinguisher. I foolishly thought once we used the fire extinguisher that things would instantly calm down. But that was not the case. The extinguisher was very loud and resulted in quite a bit of smoke and debris filling the sanctuary. It was hard to breathe. It was chaotic and not at all what we had planned.

What I will never forget is how everyone pulled together that night. A volunteer fire fighter handled the fire extinguisher. Others opened windows. Others checked in with anyone who looked frail to make sure they weren’t experiencing any breathing problems. We learned a lot about each other in those moments.

I will never forget this group of middle school boys who had been forced to attend the service. They were all sitting in the front row. They had their shirts over their mouths – it was kind of hard to breathe. I remember thinking maybe they will leave. They weren’t leaving. You could see it in their eyes that were wide with wonder. Church had never been this interesting before.

My colleague said something about sin being a powerful thing and we somehow finished the service. In a very strange way, it felt like church – a community of folks facing a challenge together – worshipping God in the midst of it all.

Ash Wednesday has always been a night to remember our mortality, our vulnerability and the ways in which we need God and need one another. This we did that night – in ways profound and dramatic – not the way we had planned – but in a way that none gathered there that day will ever forget.

That’s the power of disruption. 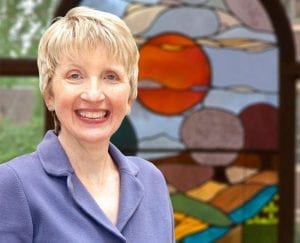 A life-long Presbyterian, I grew up in Dayton, Ohio, and attended Princeton University in Princeton, New Jersey. Following graduation, I studied in Northern Ireland where I received a Masters of Social Sciences in Irish Political Studies from Queen’s University of Belfast. Upon returning to the United States, I earned a Masters of Divinity from Union Theological Seminary in New York City.