The Three Words that Start an Adventure

Posted on January 10, 2017 in Recent News
Authored by Macedonian Ministry 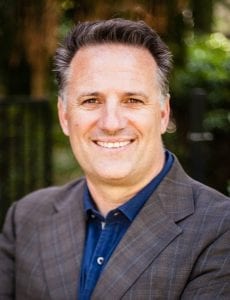 “Conceptually stuck systems cannot become unstuck simply by trying harder. For a fundamental reorientation to occur, that spirit of adventure which optimizes serendipity and which enables new perceptions beyond the control of our thinking processes must happen first.” Edwin Friedman

This was where Meriwether Lewis found himself on August 12, 1805. For 15 months, he and his partner, William Clark, had led their small Corps of Discovery up the Missouri River on a quest to find a water route to the Pacific Ocean. They were a water expedition traveling by canoe. They were expert river rafters. They had built their own boats and had made their own canoes.

As he walked up the side of a small plateau that is now the Lemhi Pass between Montana and Idaho, Meriwether Lewis believed he would look over the pass, see the Columbia River and would connect the water route that others before him had been searching for for 300 years. After 15 months of going upstream, it would now get much easier for him, he thought. They would simply carry their canoes over this small hill and then would get to go downstream, floating their way to the Pacific Ocean.

But what he found, of course, was not a water route, but the Rocky Mountains–over 300 miles of mountains.

What is a canoer to do when he runs out of river and comes face to face with a mountain?

My friend Steve Yamaguchi, the Dean of Students at Fuller Seminary tells the story of when his spiritual director took a flying lesson. The spiritual director asked his instructor why they use flight simulators so much. The instructor responded, “At the moment of crisis, you don’t rise to the occasion, you default to your training.”

In other words, even when we face a moment where we don’t know what to do, what we usually do then is to do again what we have already done.

So, if we are river rafters, then when faced with a problem, we row. It doesn’t matter that we have run out of water, we just keep doing what we have been doing. We just paddle harder.

For most of us in congregational leadership, we have the same three tools in our leadership toolbox: When we face a crisis we immediately preach, program, or show pastoral care. Or to put it another way, when we come face to face with a new challenge, we will usually talk longer, try harder, or give it a personal touch. But, what if the problem is not in our preaching, our programs or our pastoral care, but that the terrain has changed, the context demands a different response that we were not trained for?

According to rabbi, psychologists, and consultant Edwin Friedman, that is the moment when what we need more than anything else is a “spirit of adventure.” We need to reframe that moment of utter disorientation as a new opportunity to venture where we have never gone before. And that moment—that is the only way to a congregational or organizational breakthrough—begins with saying three words.

Those three words are really important. And they are really, really hard to say. For those of us trained to be the “resident expert” in biblical interpretation, theological insight, and pastoral care, it is psychologically excruciating to acknowledge publicly that you don’t have an answer. That you have never been here before. That this is uncharted territory for you and that you don’t have a map.

At that moment, the leader feels so vulnerable that they can almost hear the vultures circling overhead. The critical voices inside us become an echo chamber for the murmuring that we think we hear, “Then what good are you?” “Isn’t it your job to know?” “I thought you were supposed to lead us.”

If at the moment when we run out of water we can drop the canoes, let go of the expert expectation and become the lead learner, then we can begin the adventure of entering into a new season, a new opportunity, a new moment in God’s mission.

It was exactly that moment that Meriwether Lewis faced when he had to turn to the one person in his party who wasn’t lost—a Native American teenage nursing mother—Sacagawea—and depend on her for help and guidance. And because he did, the Corps of Discovery went where no other expedition from America had gone.

For Friedman, this “spirit of adventure” was the key to moving an organization past the emotional resistance, the mental blocks, the default thinking that keeps us trapped in the past. For leaders who long for the energy and enthusiasm of a great charge worthy of our efforts, it all begins with three hard, world-opening words:

Can you say them?