Posted on October 3, 2017 in Recent News
Authored by Macedonian Ministry 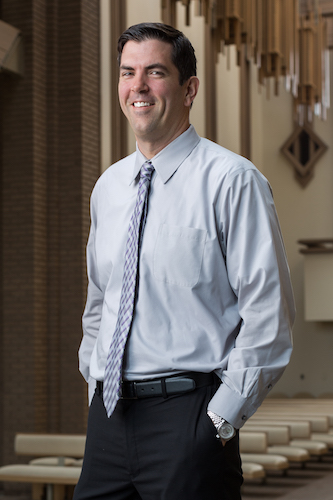 I was 21 years old the first time I encountered the American liturgy. I was a senior in college, going to school full-time and serving part-time as a youth pastor. In April of that year, two boys entered their high school in Littleton, Colorado, and shot more than a dozen of their classmates and teachers before killing themselves.

If liturgy can be broadly defined as “a customary repertoire of ideas, phrases, or observances,” then the first “movement” in the American liturgy is an act of deadly violence performed in a public place, such as a school, movie theater, restaurant, or, as in Sunday night’s case, a concert venue.

Once the first movement has come to a close, the liturgy continues with its “customary phrases.” Those who began the liturgy become “gunmen,” police officers and paramedics become “first responders,” and the President becomes the de facto officiant, making a public statement, dutifully reminding us that “our thoughts and prayers are with the victims,” ordering flags to half-mast, and traveling with his acolytes to the scene.

The third movement is performed antiphonally by the people as a choir gathered around televisions, coffee pots, and social media feeds.

And on and on it goes.

I have been observing and participating in the American liturgy my entire adult life. And I have come to the sad conclusion that there is no benediction (good word) that draws it to a close. It simply fades for a season, until it begins yet again, and we continue on with our American liturgy of “customary ideas, phrases, and observances.”
I’m just a preacher. I don’t claim to have answers for such a vexing public health problem like gun violence.
But in my role as a preacher, I spend a great deal of my time thinking about and leading people in liturgy: a set of “customary ideas, phrases, and observances.”

I have seen first-hand the power that liturgy has to shape a people over time.

And so, this I do know in the core of my being:
America needs a new liturgy.