The Lady with the Mop

Posted on December 18, 2016 in Recent News
Authored by Macedonian Ministry 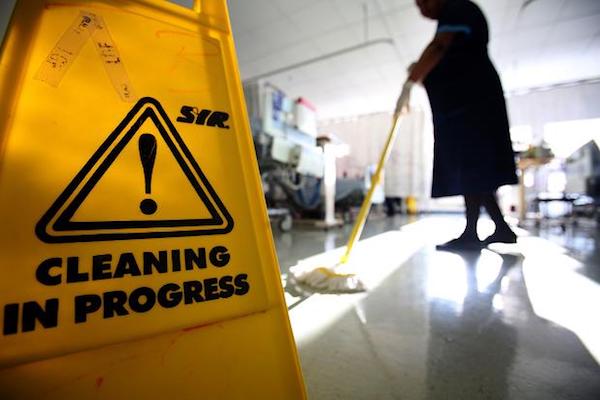 Trustees at a Pennsylvania Medical Center did a patient survey to determine which of their employees were most helpful in contributing to the health of their patients. Although many doctors and nurses were singled out…there was a surprising name on the list…Edna, a cleaning lady. Edna worked the night shift and was lovingly referred to as “the lady with the mop.” A number of patients told virtually the same story about Edna: “I was scared to death the night before my surgery. Sleep evaded me. When Edna came in the room, I poured out my heart to her. She looked me in the eye, leaned on her mop handle, and gave me her undivided attention. She told me that she would be praying for me the rest of the night as she mopped the floors. I don’t know what it was about her; the love in her eyes, her warm smile, or her soft, loving voice. But, when she left the room, I realized that I had been in the presence of God!”

The word Emmanuel, in Hebrew, literally means, “God with us.” At Christmas, we celebrate the mystery of the theological doctrine of the incarnation. The radical claim of Christianity is that in the person of Jesus of Nazareth, the God of the universe (who is omnipotent, omniscient, and sovereign) became flesh! This claim has been controversial throughout history. The Gnostics, for example, did not believe it. Gnosticism was a prevailing school of thought in the ancient world which focused on dualism: spirit is good and flesh is evil. They concluded that God, who is spirit, cannot touch flesh which is evil. To the gnostic mind, the concept of incarnation is inherently flawed. Gnosticism gave rise to a heresy called Docetism coming from the Greek word “dokein” meaning “to seem.” The Docetics believed that Jesus only “seemed” to be human. They even debated if Jesus left a footprint when he walked.

These heresies prompted church leaders to debate the incarnation in the Council Nicea in 381 AD and the Council of Chalcedon in 451 AD. These councils affirmed the theological doctrine of the incarnation…namely, that Jesus Christ was fully God AND fully human!

When the Apostle John tried to express the reality of incarnation in his gospel, he utilized the concept of “logos,” the principle of order in the universe. The Greek philosopher, Heraclites, explained the meaning of “logos” in his famous illustration that “you can’t step into the same river twice.” When you step in and out of a river…by the time you step in again…it is an entirely new river. What then, gives the world “order,” if it is in a constant state of flux? Heraclites noticed a rhythm and order to the universe in the ebb and flow of the tide, and the four seasons. The source of order, Heraclites concluded, is the logos.

[tweetable]That is why the Apostle John began his gospel with this RADICAL CLAIM… “the logos became flesh!” Our calling as followers of Jesus is not only to believe that in Jesus Christ, the word became flesh, but to make God’s love flesh ourselves! That is exactly what the lady with the mop did! Do we?