The Final Exam… Ahead of Time

Posted on April 13, 2017 in Recent News
Authored by Macedonian Ministry 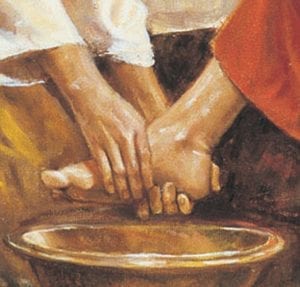 The well-known preacher and author, Dr. John Claypool, had an unforgettable experience in college. On the very first day of class, his Greek professor, Dr. Henry Trentham, shocked the students by handing them the final exam! Claypool wasn’t just being cute when he said, “It was Greek to me!” Dr. Trentham was not teaching to the test. Rather, his life has been so enriched by the study of “classics” that he did not want any of his students to miss the richness of the Greek language. He wanted them to know right away the things he wanted them to master in the class…that is why he gave them the final exam ahead of time.

Like Professor Trentham, Jesus of Nazareth gave his disciples the final exam ahead of time. At his Last Supper with his disciples, he modeled the behavior that he wanted to characterize his followers. The gospel writer John tells us that as Jesus celebrated the Passover Feast with his disciples, he rose from the table, girded himself with a towel, took a basin of water, and washed their feet. The roads were dusty and dirty in those days and washing their feet was not a pleasant task. Nevertheless, Jesus tenderly washed each one of their feet and then returned to his place at the table, and asked, “Do you know what I have done for you? If I your Lord and Master have washed your feet, you also ought to wash one another’s feet.” (John 13:14- 15)

[tweetable]The gospel writer John often deals with events in the life of Jesus on two different levels. On the surface, this is an example of the kind of loving service that Jesus wants to characterize his disciples. At a deeper theological level, Jesus set aside the prerogatives of deity and left his place in heaven to come down to earth to die for our sins and incarnate God’s love. Once we understand Jesus’ mission, then we realize that as his followers, we have a greater purpose for being on the face of the earth than simply making money, having jobs and raising families. God has placed us in neighborhoods, corporate office buildings and in relationships to be instruments of God’s love to other people.