The Challenges of Ministry During Crisis: Meaningful Risks

Featured in this week’s Christian Century, written by Carrie Graham, Austin, TX Cohort Facilitator and Founder of the Church Lab: 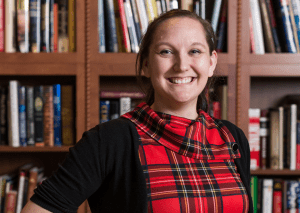 Carrie Graham is the founder and pastor of The Church Lab. While at Fuller Theological Seminary, she had a worshipful and transformative experience with dialogue. She came to see diaogue facilitation as a vital pastoral skill and began facilitating interfaith dialogues in 2007. By the time she became a pastor in 2009, she understood spiritual growth as having 4 pillars: dialogue, discipleship, outreach/mission and worship. They each exercise distinct spiritual muscles. Together they interweave to create a tightly knit relationship with God.

Since about 2013, her work beyond the lab has often involved teaching or consulting with folks around spiritually healthy behavior with money.

Carrie is grateful to get to be pastoral to pastors; she facilitates 2 cohorts of 20 pastors across Central Texas. They represent numerous Protestant denominations.

When it is play time, Carrie loves singing, dancing, going on travel adventures and hiking with her dog Addy, who is of course named after the best liturgical season of Advent.