The Biggest Upset in Biblical History

Posted on October 2, 2016 in Recent News
Authored by Macedonian Ministry 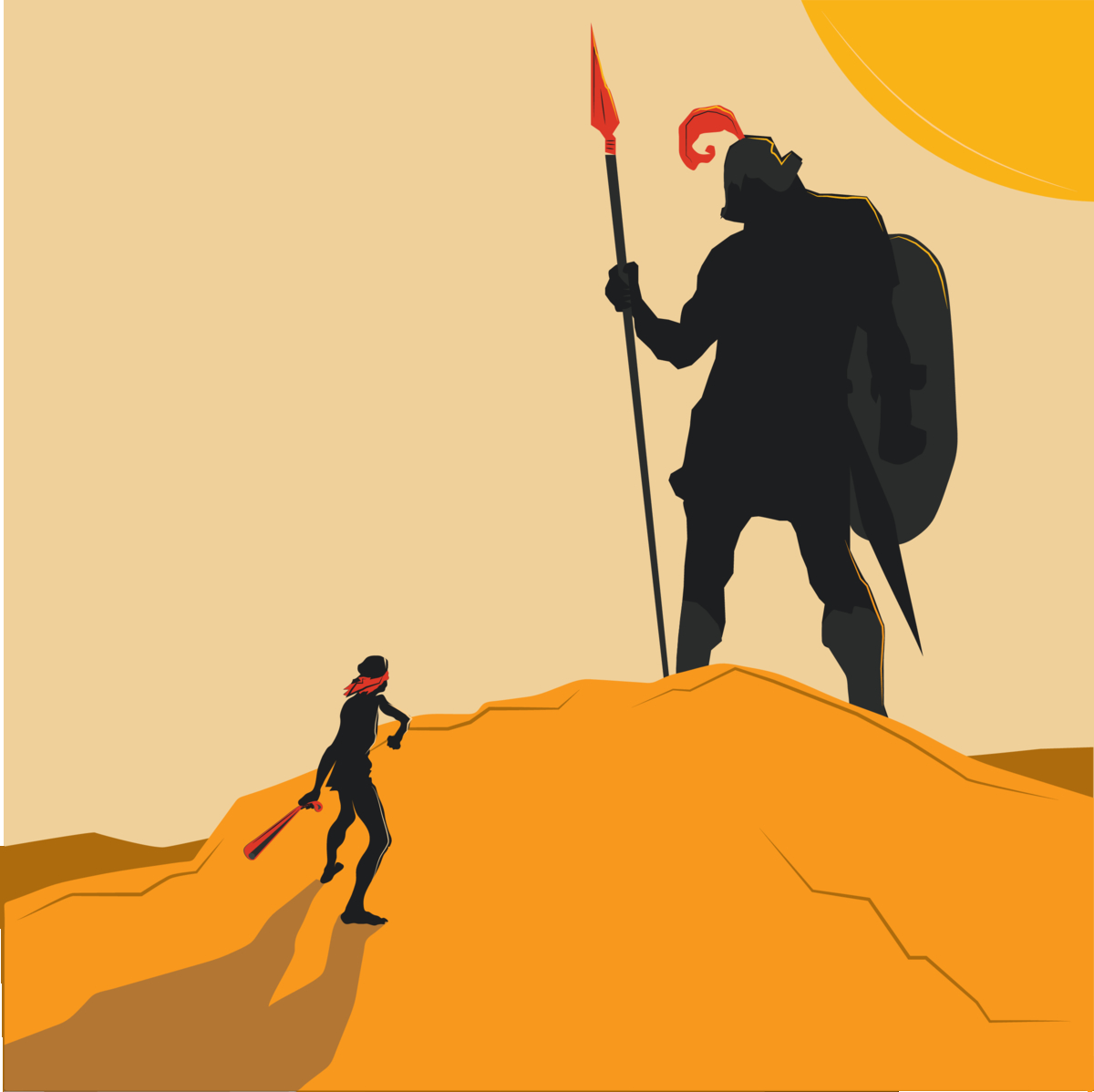 If Monday Night Football had been covering the events of 1,000 B.C., ancestors of Mike Tirico, Jon Gruden, and Al Michaels would have been providing commentary for a Super Bowl-like gladiatorial contest between the heavily favored Philistines and the underdog Israelites. The Philistines were led by an imposing man named Goliath who wore a coat of bronze, a bronze helmet, shin guards and a spear weighing 15 pounds. And, if this weren’t enough, Goliath had his own shield bearer, too! The Israelites were led by a young shepherd boy named David, the son of Jesse, who was bringing supplies to the Israelites locker room when he heard that Goliath had challenged one person to one-on-one combat!

The Bethlehem bookies had installed the Philistines as heavy favorites against the upstart Israelites. But, before the fans could take a bite of their chips and salsa, David pulled out a sling and five smooth stones. With all the deadly accuracy of Ben Roethlisberger of the Pittsburgh Steelers hitting Antonio Brown on a post pattern, David took a stone, put it in the sling and struck Goliath in the head…and he was dead. It was, without question, the greatest upset in Biblical history.

There are two spiritual principles in this story that can help us as we face obstacles in our lives. First of all, David did not focus on the size and strength of the obstacle in front of him. He focused on the size and strength of God! Second, David didn’t try to be someone else. He was himself. Instead of thinking, “I am so small that Goliath will kill me,” David thought about his skill and precision with a sling shot. His accuracy with a slingshot had often saved the lives of his sheep when they faced lions and bears. The truth is that David might have thought, “Goliath is such an enormous target that I can’t miss!” When King Saul tried to put David in
heavy, cumbersome armor, it weighed him down. David felt awkward. But, when he was true to himself and his gifts, he defeated a seemingly invincible opponent. David trusted his own “gut instincts” as well as the power of God in defeating Goliath. [tweetable]As Pastor Charles Swindoll says, “The greatest opportunities of our lives come to us brilliantly disguised as seemingly insolvable problems.” The next time you face “an external Goliath” in your job, your family or your neighborhood, or “an internal Goliath” such as low self-esteem, depression, or discouragement, focus on God’s power…and be yourself.