Posted on February 12, 2017 in Recent News
Authored by Macedonian Ministry 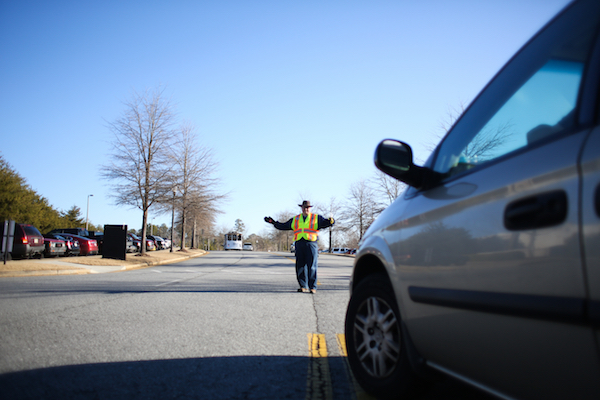 Words are like children…always in motion…never sitting still for very long…constantly changing. A case in point. In 1675, nine years after the terrible fire in London, England that destroyed much of the city, Sir Christopher Wren laid the cornerstone on the most ambitious work of his life: rebuilding St. Paul’s Cathedral. Wren worked on the project for over thirty five years! He poured more of his genius into this project than any other building.

In 1710, when Wren completed the project, he took the reigning monarch (Queen Anne) on a tour. He waited with baited breath for the queen’s response to his architectural design. In typical British terseness, she summed up her opinion in three words: It’s awful; it’s artificial; it’s amusing. Wren sank to his knees breathed a sigh of relief and thanked the queen for her gracious affirmation!
You see, in 1710, the word “awful” meant “awe inspiring.” The word “artificial” meant “full of artistic flair and creativity.” The word “amusing” meant “amazing.” Words are like children…constantly changing! The same thing could be said of the word amateur. When we think of amateur in 2017, we think of someone who is not a professional or someone who does not work for money. Sometimes, it can even mean someone who does not have the competence or experience of a professional. However, the real meaning of the word “amateur” is derived from the Latin word “amare,” meaning “to love.” An amateur is someone who does what they do for the pure love of it! Their primary motivation is not making money. Their motivation is the love of the work itself.

[tweetable]A good example of an amateur is Hector, an Atlanta police officer who experiences God’s pleasure as he directs traffic by a local elementary school. He gives the children high five’s as he calls each of them by name, AND… he simultaneously directs the traffic in an orderly manner. Hector makes directing traffic an art form! You can’t help but smile when you see this guy! He loves people of all ages (children, crossing guards, parents and motorists) and it shows!

When we do the things that we love to do, people see God in us! That’s what Dr. King, meant when he said, “If you are a street sweeper, sweep the streets like Beethoven wrote music; like Shakespeare wrote sonnets, and like Rembrandt painted portraits. If you do, then when people see us…they will see God in us!”

What do you do for the pure love of it? Do you love to knit? Garden? Write? Work with wood? Cook? When we do something that we love to do, and we feel inner joy when we do it, that is a reminder that we are created in the image of a God who loves us. Remember Eric Liddell, the 1924 Olympic Champion from Scotland, who said, “When I run…I feel God’s pleasure!” That’s the joy of being a true amateur!