Reflections From a Two Year Old

Posted on June 7, 2016 in Recent News
Authored by Macedonian Ministry 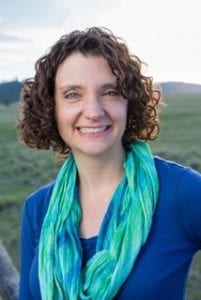 “Mine, mine, mine,” my two year old, Elias, yells as he battles his big brother, Ezra, for a toy. While I navigate the situation between the two, I hear my own voice in my younger boy’s words.

It doesn’t take much for me to scream “mine, mine, mine” (at least in my head). It’s not a toy that raises this response; it’s something much less tangible and more personal. It’s the comment about my hymn choice. Or on how I delivered a sermon. Or the note questioning how I moderated a meeting. The critic’s words bring out my inner selfish voice.

This is mine, mine, mine! My worship service to plan, my sermon to preach, my way of leading, or – in my most honest moments – this is my church to lead!

But she is not my church.

Early in my first call, a fellow pastor remarked in frustration, “I’m sick of hearing people say, ‘at my church we (fill in the blank…)’ It’s not mine! It’s God’s church that I am called serve.” The simple discipline of saying, “The church I serve,” instead of “my church” helps me hear and respond to criticism in a more helpful way. The church I serve worships, and I serve her by thoughtfully choosing hymns. I preach on occasion at the church I serve. Does this lessen the sting of critic’s words? No, not always, but it helps keep my role as a part of God’s church in perspective.

Elias’ tool of communicating his displeasure is to hit, scream and spit. This is his fighting stance. Hit! Scream! Spit! Repeat! Whenever he does this, he ends up alone because we (the rest of the family) can’t be around him when he’s like that. It’s hard to communicate well while being hit, screamed at, and spit upon. I also have my favorite fighting stance.

My fighting stance comes out any time I receive a veiled critique that implies my age, gender, or title as associate somehow makes me less competent. Examples range from “you handled that funeral so well considering you’re so young, (insert pat on head).” Or, “I was really hoping to have a male pastor perform my wedding.” Or, “do you really think it’s appropriate for the associate to preach on Easter?”

Sometimes I hit back with statements of sarcasm. Other times I scream by listing off my years of experience and education. And sometimes I just spit out a venom of defensive language as a challenge. I certainly feel about two years old when I realize I’ve succumbed to my fighting instincts. I also find myself alone in my office because no one wants to be around someone like that.

I try to have Elias take deep breaths and hear what I’m saying before he responds with his fighting moment. If only I could follow my own advice. Take a breath, hear the other person out, and then respond with a follow up question. Or the classic response, I’d love to talk more about that with you next week.

One day children were brought to Jesus in the hope that he would lay hands on them and pray over them. The disciples shooed them off. But Jesus intervened: “Let the children alone, don’t prevent them from coming to me. God’s kingdom is made up of people like these.” After laying hands on them, he left. (Matthew 19:13, The Message)