Posted on March 5, 2017 in Recent News
Authored by Macedonian Ministry 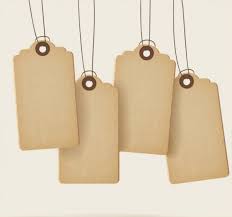 The late Archbishop of Canterbury, William Temple, tells the delightful story of two vandals who broke into a shop in the middle of the night. They didn’t steal anything and they didn’t break anything…but what they did caused havoc in the store the next morning! Do you know what they did? They rearranged all the price tags! Next to the $150 sweater they put a $15,000 price tag and next to the $15,000 mink coat they put a $150 price tag. Then they hid in the back of the store and waited, with a diabolical glee, to see the faces of the unsuspecting shoppers who entered the shop the next morning.

[tweetable] William Temple employs this metaphor of price tags to make a profound theological point. Temple says that an evil force has broken into God’s world and has rearranged all of God’s price tags. Next to the things that God says are of “inestimable value” like, family, friendships, justice, and prayer…the evil force has placed a low price tag. Next to the things that God says are of minimal importance like, power, wealth, popularity and prestige, the evil force has put a high price tag. Our challenge, as Christians, is to restore the price tags back to the way God intended them to be from the beginning of time.

In today’s 15 verses from Luke, that I hope you will read, Jesus is restoring God’s price tags to their original position. But, the people who heard him in his boyhood home in Nazareth liked the price tags the way they were. As Jesus read the words of the Prophet Isaiah, he was lifting up God’s value system of caring for the poor, recovering sight for the blind and letting the captives and the oppressed go free. He then remarked that this scripture from Isaiah is fulfilled ….in Him! To make matters worse, Jesus broke all the rules of etiquette by reminding the people that those whom God favors are NOT always members of the household of Israel… but foreigners like the widow of Zarephath, and Naaman the Syrian. When the people heard this… they were enraged! They wanted to kill Jesus!! He offended them!

Why was Jesus’ message so offensive? I think the people instinctively knew that if they took Jesus’ words seriously…that their lives would never be the same again. It was comfortable for the people in Nazareth to think of themselves as God’s favored people and to demonize foreigners. And, it was tempting to separate people into US and THEM. This is happening before our very eyes in our nation right now. We have lost the ability to be civil with one another. God wants us to rearrange the price tags and love one another…even those who are different from us. It is too simplistic to stereotype entire groups of people: liberals, evangelicals, social activists, protesters, immigrants, Muslims, Trump, Sanders or Clinton supporters, people who watch Fox or CNN. Every one of us is a person of worth…and a child of God. Our vocation is to love one another! This is one of God’s highest price tags!

When former President Jimmy Carter built a Habitat for Humanity home in Harlem, workers at the work site put a high price tag next to having their photo taken with the former President or in getting his autograph. But, Jimmy Carter would have none of it! He restored the price tags to the way God intended by reminding everyone that we were not there for show… we were there to work! We were there to serve the poor and put a roof over the head of a family in need. In fact, when other workers wanted to take an hour for lunch, Carter ate his sandwich in 15 minutes and was back on the job urging the rest of us to “get back to work!”

The pastors who worked with the former President had lots of political questions for him, but instead he asked the pastors to discuss our favorite Biblical commentaries. He teaches a Bible study 48 Sundays a year in his little church in Plains, Georgia and he wanted help in finding Biblical material. He did not want to talk about famous people he knew… he wanted to discuss Biblical passages and how he can better live out his faith in Christ. Jimmy Carter rearranged the world’s price tags and reminded those who were with him what is truly important to God. May the same be said of us!