Prayer – From Monologue to Dialogue 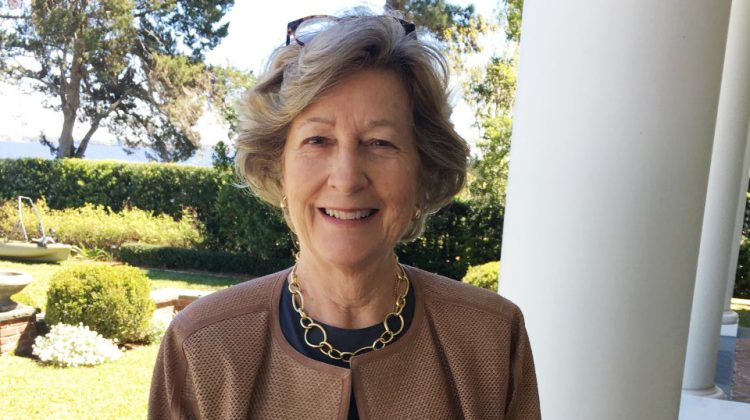 How humbling it is to be asked to write “a few words” on prayer – when prayer, though often involving words, is so far beyond words!! Prayer – that holy mystery that we people of faith can claim all too casually, which is that “When we speak, God listens, and when we listen, God speaks!” Astounding! – the human and the divine in personal conversation, the Creator and the creature, the Redeemer and the redeemed! – lovingly speaking and listening to one another. In the language of one of my favorite hymns, it’s “ineffably sublime.”

Perhaps all that we can ever do, in writing or speaking about the Holy in our midst, is simply to share our very finite experience of the Beautiful Infinite. Thank you for the privilege. As I believe that we are all essentially alike in the deep things of God, I’m hoping that my simple story is possibly relevant to yours.

Like you, I’m sure, prayer has evolved for me through the years. Dutiful bedtime prayers as a little child became earnest bedtime prayers very early on – though still recited (except for the long list of “please bless Grammy and Papa, etc.….”). Raised in a liturgical church, even my private prayers remained fairly formal until I experience Young Life in high school, which catapulted me into spontaneous prayer with abandon – and, oh, what a delight it was to pour out my heart to my Lord Jesus. Like many of you, I was introduced to ACTS praying, and loved the simple tool of Adoration, Confession, Thanksgiving and Supplication. Yet, private prayer time was still essentially set-aside times with folded hands.

Somewhere along the line I happened upon St. Paul’s admonition to the Thessalonians to “Pray without ceasing” – and a new joy enveloped me as I realized that prayer – this divine interaction – was like breathing in and breathing out – as natural as life itself. Even so, the mechanics of this new discovery of ceaseless prayer eluded me (for years, actually) – until I read Brother Lawrence’s timeless Practicing the Presence – and came to grasp the unspeakable wonder of God’s hovering Presence, which I had intuited for years, but which now was officially affirmed and for which prayer, spoken or wordless, was the natural accompaniment – the God-given way to “practice” living in His companionship. Of course!

A morning devotional by Henri Nouwen some years later gave me further insight into the ceaselessness of prayer – which was his suggestion that since we humans have (apparently) a running monologue running in our heads, we could “simply” turn that monologue into a dialogue with God! No longer “What a great sunset”, but “What a great sunset, Lord!” – day in and day out. This ongoing dialogue with my Lord has remained my primary form of prayer – punctuated, of course, with deliberate times of supplication each day for the many dear ones around me and around the world who are suffering. – which leads me to the final chapter of prayer for me (so far) ……

About 20 years ago, in this ever-deepening journey of prayer, I was introduced to the whole world of Healing Prayer by Francis and Judith McNutt at the Christian Healing Ministry (coincidentally located in Jacksonville, where I was born and now reside.) Through their beautiful teaching and example, I found something far beyond my comprehension, but now fixed in my conviction – which is the wonder of a God who desires to lay His Hand of healing on broken bodies and hearts through the hands of broken vessels like you and me, and to pour out His Holy Spirit in humanly visible ways of healing, no less than at Pentecost. In my years of pastoring, I was struck speechless, time and time again, as dear folks who came for healing prayer found God’s life-changing Presence right there for them – filling them and transforming them in ways they never expected – no longer a somewhat frightening wish, but an existential and glorious reality.

Who knows what chapters for you and for me are still being written and offered to us by our Lord!!!!! I so look forward to whatever is next – probably more deliberate times of silence and listening – but for now, thank you for the honor of letting me haltingly express some thoughts. If only we could sit down and share all our prayer-journeys together – what a bond of love for God and one another we would know.
God bless you.