Part 8: What Road Signs Are You Seeing in Your Ministry

We invited Macedonian Ministry pastor, Keith Grogg, to reflect on “road signs” he’s seeing in his ministry and here’s what he had to say: 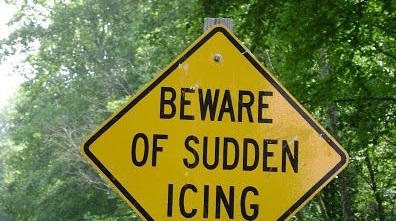 On a gorgeous, sunny spring morning recently I was headed to meet with a clergy colleague and passed a permanent road sign reading “Beware of Sudden Icing.” Ten minutes later that colleague was sharing the deep pain of having been bluntly and carelessly informed that the contours of his job were about to be changed, without his input or foreknowledge. After years of dedication, he needed to decide, soon, whether to stay or go.

I remembered the experience that had brought my second pastorate to a crashing end after 14 years of mutual thriving. The pairing of church and pastor had been demonstrably effective by countless indicators. Our church had grown to play a notable role in the community. I enjoyed the strong support and enthusiastic affection of the congregation. One day two new members of the personnel committee asked for a meeting. They had unilaterally decided to change a major, fundamental aspect of my ministry which would have a massively detrimental impact on both my sense of call and my income. I knew they were wrong in both substance and approach, and so carried on in the absolute confidence that before the week was out, they would come to understand the factual errors in their proposal. When that did not materialize and they began pushing forward, first with the committee and then the governing board, I never doubted that the deep pastoral relationship, my spotless record of integrity, and the errancy and recklessness of their proposal would ensure that this would all soon be forgotten. You know how the story ends.

Why had I willfully ignored the bright yellow warning signs? Because I assumed I could. One of the chapters in Joseph T. Hallinan’s book Why We Make Mistakes is titled, “We All Think We’re Above Average.” I assumed that the clear hazard signs didn’t apply to me–14 years of melding one’s identity with a particular congregation and becoming a beloved, “permanent” fixture will do that. But no driver, no matter how secure, can handle a sudden icing without applying extraordinary caution–or, indeed, getting off that road altogether and finding another. Years later, again happily ensconced in a ministry where I am loved, appreciated and valued, when the signs say “Beware,” I pay attention.