Part 6: What Road Signs Are You Seeing in Your Ministry?

We invited Macedonian Ministry pastor, Jennifer Maxell, to reflect on “road signs” she’s seeing in her ministry and here’s what she had to say:

NO U TURNS!
Reflection by: Jennifer Maxell 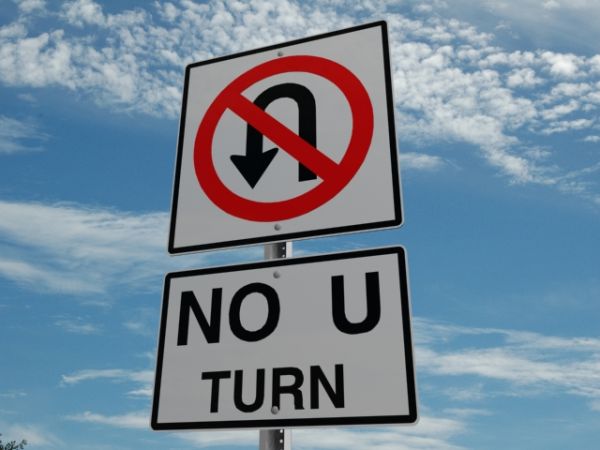 I remember one of the first parsonage’s my family ever lived in. It was pink and huge and had a finished attic that seemed to go on for days. I remember spending countless hours roaming through the house discovering one new space after another. Even after moving away, that house held a special place in my mind. While perfectly nice, none of the other parsonages we lived in could measure up to the memories of that pink house. About 6 years after moving out, I had the opportunity to visit that house again. To my surprise the entire neighborhood seemed to shrink and close in on itself. The playground that seemed so expansive was really just a small patch of concrete barely big enough to hold two swings and a slide. The elementary school that stood looming and intimidating as a kindergartner was not ominous or scary anymore and the pink parsonage that I remembered so fondly, was unrecognizable. Not only was the house now white, but the nondescript frame house seemed so much smaller since I had grown and experienced places bigger and grander. However, until I revisited it, I held the same kid-sized view.

In ministry, we often idealize the past. We remember the early days of our ministry as a time of rapid growth and increase, or we associate a particular congregation with a time when we felt our gifts and call operating at maximum capacity. Sometimes we even think of churches themselves as somehow better than where we are now; but one thing I have learned is that no matter how great our memories are; we can never go back to the past. When it comes to the trajectory of our ministry there should be a sign that reads NO U TURNS!

Viewing the past with rose-colored glasses is a natural phenomenon of being human, however, pursing the past instead of the future that lays before us is often the result of our fear of the unknown or the assumption that the way things were, was the best or only way. When we succumb to this way of thinking, we forget that while the past remains frozen in our memory, time passes and we change…the people we are called to introduce to Jesus change.  The evangelism tools, programs and facilities that were once cutting edge, have now lost their sharpness and no longer function effectively, and our attempts to revive outdated models of ministry leave us feeling irrelevant and overwhelmed. Instead of revisiting the past, let us heed the ministry signs that say NO U TURNS and keep moving forward leaning into the “new” that God is creating. God is doing something new. The question is, can we perceive it and will we heed the signs and keep moving toward it?