I would like to invite you to do one new thing.  I’ll get to what it is in a minute.

The evidence is in and, honestly, if you hang which nonchurch people at all, you can verify this yourself, that one of the features that marks our current culture in the United States is that Biblical literacy has dropped off dramatically in the last 20 years. It used to be you could say, “Exodus story” and people would know you referred to God’s stunning liberation of enslaved people. You could say, “Sermon on the Mount” and some clear reference would come to mind. Not so anymore. There are hundreds of examples.

To reach other people we have to use their language, not just our own language. To give a Biblical example, think of Peter’s proclamation on that first Pentecost in Acts 2. It employs rich theological language rooted in the traditions of Israel. It references the words and images of prophets and the psalms. And it was addressed to “my fellow Israelites,” Judaic believers whose faith was practiced enough to bring them to Jerusalem for the High Holy Days of Judaism. It was overwhelmingly successful! Within the context of similarly oriented people.

But now skip ahead to Acts 17 where Paul is in another context all together. He is in Athens, the Jewish faith has already now widened to include Gentiles, and Paul is encountering a marketplace of competing gods. Remember that sermon? After inspecting some of the inscriptions to the various gods, he begins, “I see how extremely religious you are in every way for as I went through the city and looked carefully at the objects of your worship, I found among them an altar with the inscription, ‘To an unknown god.’” That is his point of departure. He has begun not with the scripture and tradition of his own religious beliefs. He will not end there, but, and this is the important part, that is where he begins. 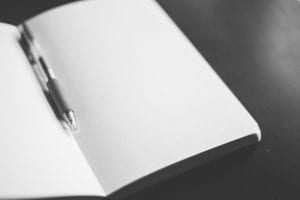 That’s where we need to begin, too, in a culture where what were once common referents are no longer so. We need to begin, not with our story, but with the language and customs, the stories of those we encounter. Even in our worship. Think about the language of worship. Tithes? Who the heck knows what a tithe is? Doxology? Narthex? Gloria Patri? That is not to say we can’t and shouldn’t be educating people about those beautiful terms but it is to say we can’t assume they understand them from the start. Offering. Praise. Lobby (or as one church refers to it – the “narthex/lobby”).

Ok. Here’s the one new thing I invite you to do. Write out what you believe without using any religious language. If you can do that, then you are prepared to meet the non-church people you encounter every day with good news, indeed. And isn’t that what the church is all about?