More Than in the Manger

Posted on December 13, 2016 in Recent News
Authored by Macedonian Ministry 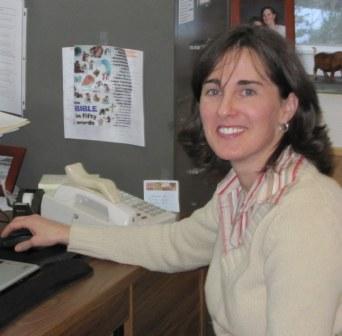 Their names were Rose and Cliff. It was their first time joining us. They’d heard so much about our community they felt the need to try us out.  “We kept hearing about the meal,” they said – “A free Café using 100% rescued food?”

Rose and Cliff wanted to talk. A lot. They had many stories about where they came from and why they were in Asheville. It was difficult for them to comprehend why on earth anyone, would do things the way we do:

As we spoke, Rose shared how good and loving folk “back home” were when offering meals – but staying behind counters; serving good food but with little choice; always welcoming but rarely making conversation beyond, “the line starts here.”

During our conversation, Frank, one of our regulars, politely interrupted to express his gratitude. “Even on the days I forget that anyone cares” Frank shared, “I think about coming here.  Remembering that helps me crawl out of my car in the morning.”

Rose and Cliff looked at each other… with their matching polo shirts and Cliff wearing his name tag from the Florida church that sent them…mesmerized.

Throughout our half hour conversation – mostly them inquiring how they could breathe new life into their feeding ministry back home – we had three more interruptions.  The first two came from folks in our community hinting that their desperation was so great they were thinking of taking their own lives while the third involved a domestic dispute outside.  Cliff and Rose just listened – and watched.  After each interruption they were more curious, more eager, more excited to learn.

“It’s a crisis down here every minute, huh?” Cliff asked.   The question startled me because that’s not at all what it feels like. Before I could respond, though, he continued, “but it hasn’t felt that way.  In fact,” he said, “it has felt like communion.”

Crisis.  Communion.  The two are not mutually exclusive. (Thank God!)

Cliff and Rose were hoping to return home and breathe new life into the dry bones of what was once a thriving community. And they will – I have no doubt. Yet Rose and Cliff also received a resurrection of sorts.  “It’s not about us helping them,” Rose said to her husband as they put away their note pads. “There isn’t an ‘us’ and ‘them.’” To which he responded, “It’s been a long time since I’ve felt this alive. I’ve seen Jesus,” Clive continued, “for the first time in a long time.” We explained to Cliff and Rose that we most definitely didn’t have all the answers but what we did have was a theology that taught everyone was a child of God.

At 12 Baskets café, multitudes of people come. Some looking for a warm, dry place;  Others for a place where they are known – by name; and yet others, like me, who come because in Frank – who lives in his car but thanks us every day – I see Christ; and in Dominique who used $50 dollars of his food stamps to buy the Café condiments, I am reminded of what stewardship looks like; and in Deb I experience the heart of service as she uses her 1 hour lunch break to join us and wash dishes. Where’s Jesus?  I’m sure everywhere…but I find him most clearly – and most often dirty and tired and hungry at 12 Baskets.

The Incarnation, we believe, is more than a one-time event trapped in history. If Emmanuel means anything it means recognizing the Christ who came to us then still comes to us now. The Word made flesh is as much of an invitation to participate in the coming of the Kingdom by choosing Love over fear, abundance over scarcity, justice over safety, peace over privilege as it was a moment to remember. To believe in the Incarnation (capital I) is to live into and recognize each child of God as needed and beloved.