If the Church was like an Alcoholics Anonymous Group…

His words hit me right between the eyes! Tod Bolsinger’s words I mean! In a recent webinar, Bolsinger contrasted management and leadership in a way that I had never thought of before! “Management,” he said is, “keeping people safe when they are going where they want to go. “Leadership,” on the contrary, is, “taking people where they don’t want to go…but they need to go…for the sake of the Gospel!” 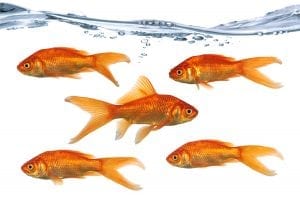 One question kept coming to me as I internalized Tod’s words: How can leaders help people to change their behavior and become willing to go where they don’t want to go…for the sake of the Gospel? How does this happen? Bolsinger shared three things that DO NOT change behavior: FEAR, FACTS and FORCE. I was amazed! I would have thought that a Doctor’s warning about life threatening behavior would have made a patient want to change! I would have thought that the facts about the dangers of obesity would change someone’s behavior…or an employer threatening an employee to change behavior, or lose their job…would change us! But, sociologists tell us that these things NEVER change behavior!

Then what motivates a person to change? The person has to WANT to change! This is why Jesus asked the man who laid by the pool of Siloam for 38 years, a seemingly insensitive question, “Do you want to get well?” (See John 5:1-5) Jesus’s question seems cruel. But, he knew that the only thing that radically changes people’s behavior is a desire to change from within. This is why I firmly believe in the power of inspiration through a supportive community that will hold us accountable to being our best self…like Alcoholics Anonymous!

People don’t have to go to Alcoholics Anonymous, and will not go if people try to force them. Alcoholics have to decide on their own that THEY want to make a change in their behavior and that THEY feel powerless over alcohol. These meetings are inspirational. The members help one another, inspire one another and are “there” for one another. And, AA members hold each other accountable to be their best selves. They are the essence of a supportive, caring community. Frankly, I wish that the church of Jesus Christ was more like an AA meeting! I wish that the church inspired people to try some risky, new behavior for the sake of the gospel. I wish that the church inspired people to go where we don’t WANT to go …but where we NEED to go …for the sake of the gospel.

When the church becomes like an AA group, it is life changing! People try on new behavior patterns to see if they fit. Here is a case in point. A few weeks ago, I met with 20 lay leaders from a congregation in Dallas, Texas …. here in Atlanta, Georgia! I was surprised that these delightful Texans came to Atlanta, at their own expense, to visit the East Lake Community, to observe how they are breaking the cycle of intergenerational poverty in America. A 64-year-old woman named Doris in that Texas delegation is getting ready to retire. She didn’t know what she was going to do in her retirement years. She was thinking that she would knit, play golf and enjoy herself. She had worked hard all of her life and was ready for some enjoyment! But…she told me, with some emotion, that her pastor’s sermons inspired her to come on the trip to Atlanta and seeing East Lake with her own eyes, “nudged” her to take a risky step…and dedicate the rest of her life to “breaking the cycle of intergenerational poverty in America!” This has become “her life’s calling.” She became willing to go where she did not want to go… but knew she needed to go…for the sake of the gospel.

Doris has never been more excited nor filled with a greater sense of purpose! She is now involved in something bigger than herself! Bolsinger is right. Anyone can be a manager and keep people safe when they are going where they want to go. The challenge for a leader is taking people where they don’t want to go…but know they need to go for the sake of the Gospel. And… when we go where we need to go… we discover why we are on the face of the earth… just like Doris!