If I Wake Before I Die…

Posted on April 23, 2017 in Recent News
Authored by Macedonian Ministry 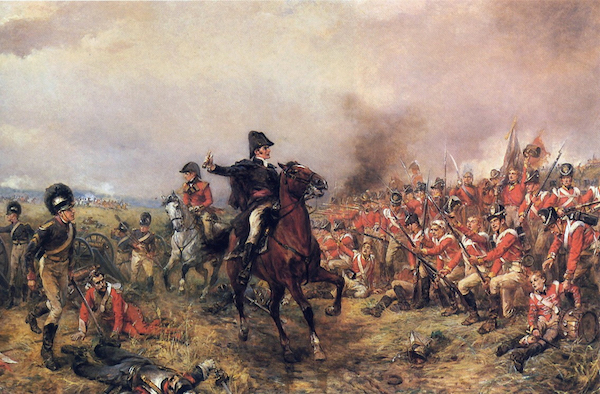 One of the best ways to understand the resurrection of Jesus Christ is to remember the Battle of Waterloo on June 18, 1815. The French Army was commanded by Napoleon Bonaparte and the British allied army was commanded by the Duke of Wellington. The fighting was fierce, in an all-day battle that continued even after dusk. This day-long blood bath ravaged both sides. 12,000 soldiers were killed and 40,000 were wounded.

However, at dawn, a signalman from the other shore sent another two word message that changed everything. It read simply; “the enemy.” Those two words were sent all across the English Channel from ship to ship…the enemy…the enemy…the enemy. In a sudden reversal of fortunes, the signalmen on the cliffs in England put the four words together: Wellington defeated the enemy! The one they thought was defeated was victorious. The one they thought had lost…had won!

This story gives us an understanding of the whirlwind of events surrounding Jesus’ crucifixion and resurrection. On Friday, his followers thought that Jesus had been defeated. They had hoped that he was the Messiah…but alas …he was dead. They were in despair on Friday afternoon and all day Saturday. However, on Sunday morning, they got the shock of their lives! The women who went to the tomb to anoint his body reported that the tomb was empty and that Mary Magdalene had actually seen him. Then, he appeared to the disciples. Soon the reality began to sink in…Jesus was alive…God had defeated the enemy of sin and death…once and for all.

In John 11:25-26, Jesus told Martha, Lazarus’ sister, that anyone who believes in Him though they may die, yet shall they live. Then, he asked her the poignant question, “Do you believe this?” Jesus asks the same question of us. “Do we believe in the resurrection of Jesus Christ?” Do we?

Today could be our wake-up call to believe that Christ has conquered sin and death. I pray that you won’t live with one half of a message…Jesus defeated. Rather…I hope we live with the full message: Jesus defeated the enemy! Sin and death…and the principalities and powers of the world…have been defeated once and for all! This is why we can make the glorious claim on Easter…and every Sunday…and every day, “Christ is risen… He has risen indeed!”