Get Out of Haran 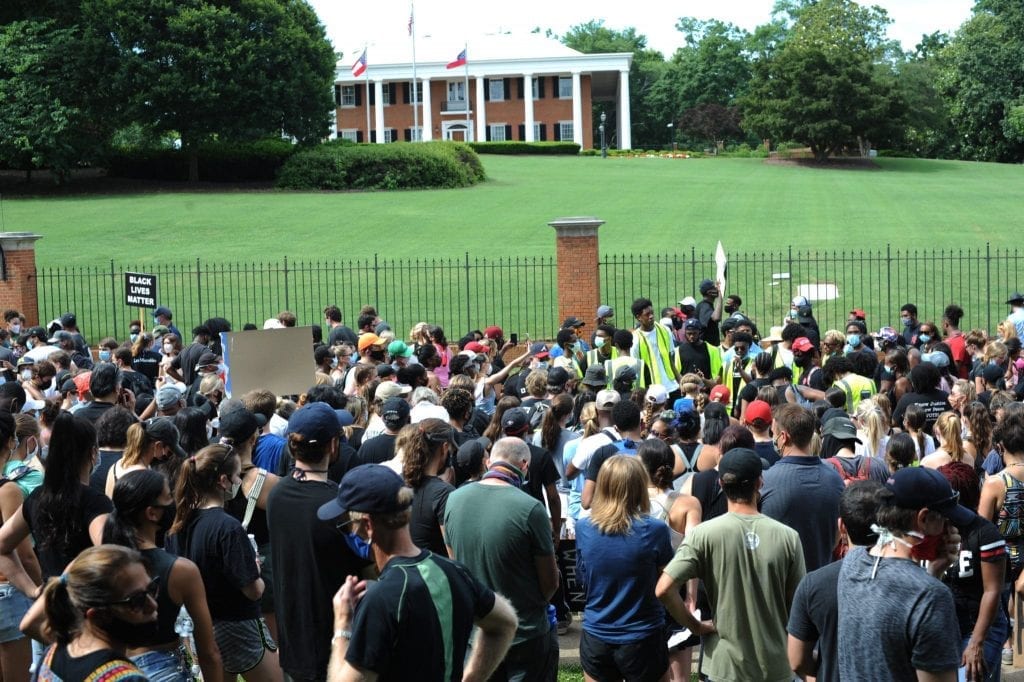 This past weekend I participated in a protest here in Atlanta, Georgia organized by my daughter and some of her former classmates at The Lovett School. The small group of college freshman and sophomore’s decided to hold a protest in the Buckhead neighborhood of Atlanta, where their former school is located, in response to the racism and oppression they endured as student’s of color there and to oppose systemic racism, white supremacy and police brutality. The “Black in Buckhead” protest took shape as the students prepared to lead about 500 people to the governors’ mansion, however, 3,000 people showed up instead. Clearly their message resonated and tapped into the frustration and desire for change playing out worldwide. I was so proud of the students and their leadership, however, I was extremely disappointed by the response of The Lovett School and it’s lack of leadership or allyship. The school declined to support the students, even refusing to allow the black alumni to gather beforehand on campus. I mention this experience because it illustrates the painful ways that institutions are often tone-deaf at best and complicit at worst in the proliferation of racism and injustice through their silence and/or inaction.

Despite the double pandemic of Covid 19 and Covid 1619 (the year the first Africans were brought to this country by British settlers instituting racism) the church at large has been eerily silent; tone-deaf at best, complicit at worse. By and large the church hasn’t risen to the challenge of leadership in this moment by becoming allies to the marginalized and preaching prophetically to eradicate racism and white supremacy. I am reminded of the story in Genesis of Terah the father of Abram who left Ur of Chaldeans to move to the land of Canaan, but stopped in the city of Haran along the way, where he died. This story illustrates the ways that we settle and get comfortable in spaces that we were never intended to occupy. The bible says that Terah left Ur at 75 years old and died in Haran at the age of 205, which means that he spent 130 years unactualized and off track. I pray we as the church don’t follow Terahs lead. That we embrace this moment and get out of Haran!

It’s no secret that pre-Covid 19 many churches were already in a state of decline, unactualized and off track because we settled in spaces unsupported by our mission. Too many times, we allowed church administration and management to supersede ministry, discipleship and evangelism. We have placated congregants and boards allowing them to be comfortable instead of challenging them to live out the radical love ethic of Jesus Christ to be counter cultural. A friend in ministry recently posted, “Losing ground requires no effort. Holding your ground requires a lot of effort. Gaining ground requires total effort.” I believe Terah died in Haran because he exerted little effort to reach Canaan. My fear for some of us and our churches is that we will lose ground because we exert no effort to serve this present age, while exerting all of our effort to maintain empty buildings and outdated traditions.

Just like the double pandemic is forcing individuals to reassess personal values, goals and mission and to act according to their beliefs. Institutions should be doing the same. History will record where we stood or didn’t stand, and how we led or didn’t. We are in a fight for the very soul of our nation and the prophetic witness of Jesus Christ speaks powerfully and emphatically to our responsibility to align with the least of these and the truth of the gospel. Let us not die in Haran. Let us not settle for safety, comfort, silence, inaction or fear. Let us choose to lead audaciously, to exert total effort to lead our congregants, boards, churches and communities forward by advancing the mission of the gospel.

If We Must Die

If we must die—let it not be like hogs

Hunted and penned in an inglorious spot,

While round us bark the mad and hungry dogs,

Making their mock at our accursed lot.

If we must die—oh, let us nobly die,

So that our precious blood may not be shed

In vain; then even the monsters we defy

Shall be constrained to honor us though dead!

Oh, Kinsmen! We must meet the common foe;

Though far outnumbered, let us show us brave,

And for their thousand blows deal one deathblow!

What though before us lies the open grave?

Pressed to the wall, dying, but fighting back