Posted on February 19, 2017 in Recent News
Authored by Macedonian Ministry 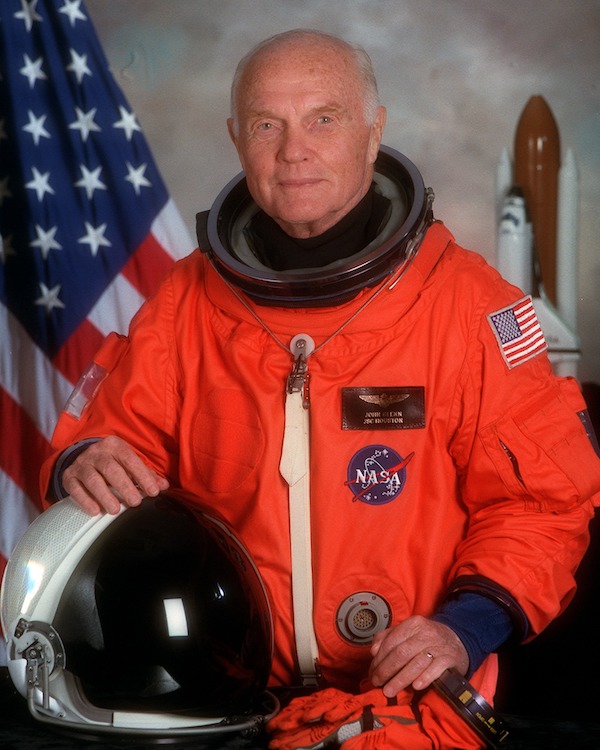 What are the characteristics of a truly great person? If we follow social media trends, we could think that the truly great people are the big-time athletes or entertainers like Beyoncé, Adele, LeBron, or The Boss, (Bruce Springsteen.) But, the Bible teaches us that truly great people have a special quality other than notoriety or followers on Twitter. Truly great people are servants. I met a truly great person years ago named John Glenn, the first American to orbit the earth, on February 20, 1962. A pioneering astronaut, a four term U.S. Senator, a decorated war veteran and the recipient of a huge ticker tape parade in New York City, made him a transcendent figure. And, surprisingly… Glenn went into space again, aboard the shuttle Discovery, at the ripe old age of 77, the oldest human to escape the pull of earth’s gravity. By any measure, John Glenn was an American Hero. He was bigger than life.

But…Glenn did not ACT bigger than life. In fact, what I admired about him beyond his accomplishments and his charisma was how he put the focus on OTHER PEOPLE and not on himself. When he kicked off his campaign for the United States Senate, he asked me, a student at the college in his hometown in Ohio, to introduce him. On this important day in Glenn’s life, he seemed more interested in hearing the concerns of the students and faculty than laying out his own agenda for America. It was noticeable to everyone that he listened…truly listened to our concerns and hopes for our nation…and world.

[tweetable]It is often said of great people that they, “fill the room.” But, Glenn did not fill the room…he enlarged the room… by the way he treated others. Jesus teaches us that truly great people enlarge a room because they make room for others to blossom. They focus on serving others. They serve behind the scenes…not caring if they get the credit. They create an environment in which the people around them can blossom. They know people’s names, pay attention to their concerns and follow through.

In our passage for today, Jesus’ disciples were debating which one of them was the greatest. They wanted the seats of power in his Kingdom… at his right and left hand. They wanted to be the ones who “fill the room” and get the credit. But, they did not understand that Jesus’ Kingdom is different than our human kingdoms. Jesus’ Kingdom is upside down…the first are last and the last are first. We only get in when we realize that we are not qualified to enter. In Jesus’ Kingdom, the greatest of all are the servants… those who enlarge the room by making room for others.

I learned a lot about greatness by observing the humility of John Glenn. Although he had one of the most incredible ticker tape parades in history after his space flight, the parade he lived for is the one he experienced on December 8, 2016 when he entered the Kingdom of Heaven… and heard Jesus Christ say to him… “Well Done My Good and Faithful Servant!”