Posted on April 14, 2017 in Recent News
Authored by Macedonian Ministry 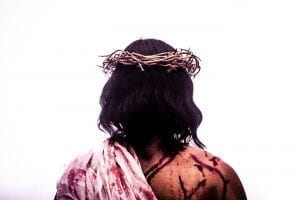 During the Passover Feast, one of the greatest festivals in Judaism, the governor was accustomed to release for the crowd any one prisoner whom they wanted. When Pontius Pilate, the governor, put the question to the crowd, “Who do you want me to release for you? Barabbas? Or Jesus?” The crowd with one voice shouted “Barabbas!” “Then what shall I do with Jesus?” Pontius Pilate asked. “Let him be crucified!” Pilate washed his hands before the crowd indicating “I am innocent of this man’s blood.” The people replied, “Let his blood be on us and our children!” The people didn’t know what they were saying. Pilate released Barabbas and sentenced Jesus to begin the process of crucifixion.

I use the phrase “the process of crucifixion” because the agony of the cross was measured not only in its pain and intensity but in its length. There were several stages of crucifixion:

The agony and horror of the crucifixion is this – the pain of the process was excruciating but not enough to kill someone! The sinister agony was that the victim was left to die from exposure from the sun, hunger and thirst, exhaustion and suffocation from trying to hold the head up when the weight of the head kept pressing down the windpipe. This evil form of death was developed by the Persians and the Romans borrowed it.

During the three hours that Jesus was on the cross, the crowd yelled to him, “If you are the Son of God come down off the cross.” In this moment of agony, one’s human instinct would be to lash out at the crowd and the Roman soldiers. But Jesus had compassion on the crowd when He said, “Father, forgive them…for they know not what they do!” In that moment, Jesus of Nazareth is a window through which we see into the very nature of God. As we look through that window we see that the very core of God’s nature is forgiveness, mercy and grace. We also see the length that God was willing to go to save us. This is the essence of costly love!