It’s Beverly Hills, 1978, and Cheesecake Factory’s menu is one page long and features salads, sandwiches, and ten varieties of cheesecake. It’s simple, straightforward, highlighting what they’re really about, what they do best. These days, they advertise “more than 250” items prepared daily. Maybe it’s just my stage of life or my becoming crankier in general, but I no longer have the patience or attention span required for a menu that includes somewhere in the ballpark of 300 options. If you have more than a few dozen items on your menu, I’m just going to assume you don’t prepare anything particularly well. Let’s just call it a buffet and get on with it.

Cheesecake Factory now counts itself among the growing number of declining American restaurant franchises that have largely relied on huge menus of vast American fare, often complemented by soup, salad, or dessert buffets. When was the last time you ate at Ruby Tuesday, Chili’s, Applebee’s, or TGI Friday’s? Chances are, it’s been a while. I guess hovering over the buffet sneeze guard, trying not drop ham cubes into the French dressing tub for 7.99 doesn’t have the appeal it used to.

The last time I went to a Ruby Tuesday, I was in college. One year, Jessica and I celebrated her birthday by going out for a “progressive dinner.” I planned out 4 places in order to cover appetizers, entrees, desserts, and coffee, and each destination was a surprise to her (we had appetizers at Ruby Tuesday). It was a really fun evening, taking our time with each new place, enjoying the food and one another as well as the surprise each time we pulled into the next restaurant.

Many of our congregations are still operating like a religious-y buffet when there is a soul satisfying progressive dinner that’s been prepared. 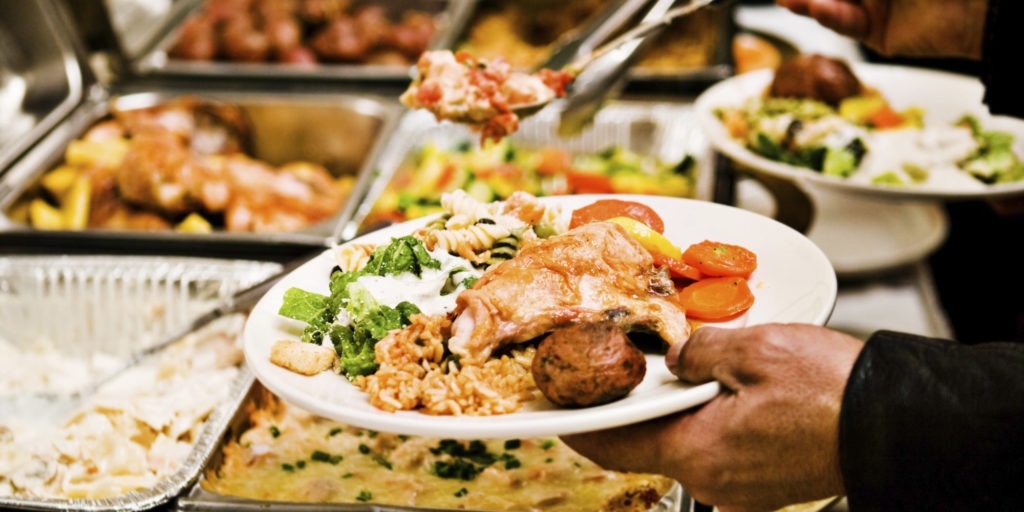 Buffet ministry is more wide, less deep; further reaching, less rooted; more attractional, less “missional.”  It’s not wrong to have a few options on the side, but sometimes it can distract us from what we’re all about. I mean, is anyone still going to Cheesecake Factory for the cheesecake?

Let’s scrap the buffet and focus on serving the progressive dinner. It turns out to be quite a feast.