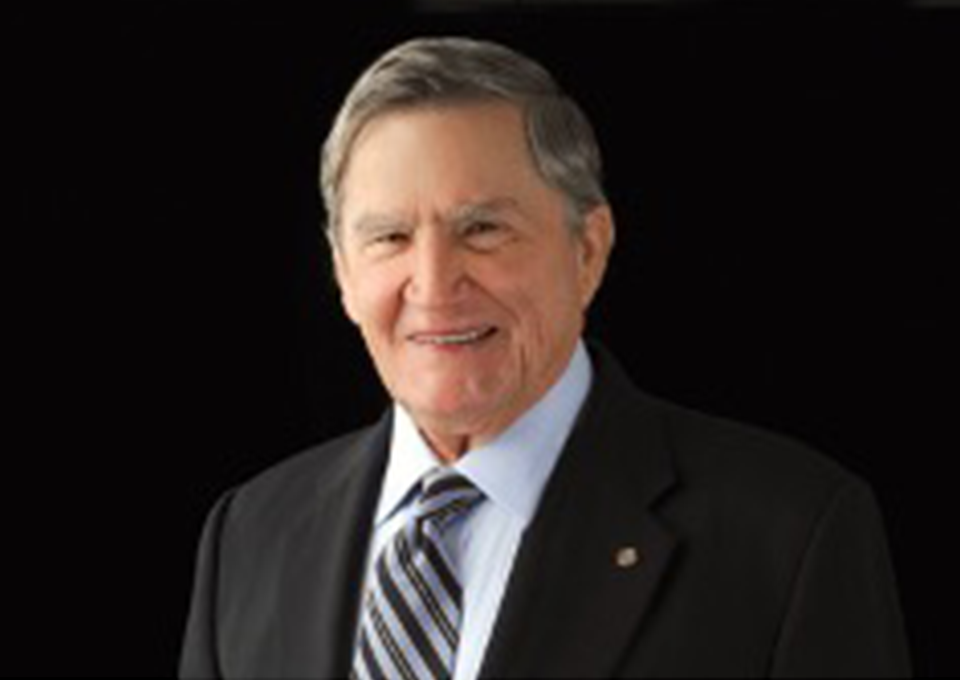 Mr. Tom G. Cousins is a retired Atlanta real estate developer whose business initiatives over four decades have contributed to the region’s economy, helped shape the skyline and brought professional sports to the city of Atlanta.

After graduating from the Darlington School in Rome, Georgia in 1948, the University of Georgia in 1952 and serving in the United States Air Force, Mr. Cousins and his father, I.W. Cousins founded Cousins Properties Incorporated in 1958. Cousins Properties is one of the largest equity Real Estate Investment Trusts in the country. Cousins Properties developed such landmarks in Atlanta as the CNN Center, the Omni Coliseum, 191 Peachtree Tower, Bank of America Plaza, and Wildwood Office Park in Cobb County. The company donated the land, provided the preliminary architectural drawings and guaranteed the construction cost for the first stage of the World Congress Center, Georgia’s world-class convention and meeting facility.

Mr. Cousins has been actively engaged in philanthropy for decades. The family foundations that he established in 1963 and 1987, the Cousins Foundation and CF Foundation, Inc., provide funding for numerous arts, education, and faith-based organizations and programs in Atlanta, including the High Museum of Art, Georgia State University, and the Macedonian Ministry Foundation. In the early 1990s, he turned his focus on the crime and concentrated poverty at the East Lake Meadows public housing complex in the East Lake neighborhood and in 1995 founded the East Lake Foundation. He believed that with the right combination of mixed-income housing and infrastructure, educational opportunities from cradle-to-college, and community wellness, East Lake could be redeveloped as a safe and vibrant place to live. With unprecedented leadership and partnership from business, nonprofit, government and community leaders, today, the East Lake community is thriving like never before. To build on the success of the East Lake initiative, in 2009, Mr. Cousins established Purpose Built Communities, in partnership with philanthropists Warren Buffett and Julian Robertson, to replicate the East Lake redevelopment model in communities across the country.

Mr. Cousins serves as Chairman of the CF Foundation and is a member of its board of trustees. He also serves on the board of the East Lake Foundation and Purpose Built Communities, cofounded and is on the board of the Georgia Research Alliance, is a director emeritus of Total System Services, Inc., and a trustee emeritus of Emory University. He has served as president of the High Museum of Art in Atlanta and is a member of its board of trustees, and also served on the board of the Woodruff Arts Center. He previously has served on the boards of NationsBank (now Bank of America), First Union, Shaw Industries and Inland Container Corp. His business and civic board experience also includes Central Atlanta Progress, the Metro Atlanta Chamber of Commerce, Salvation Army and Rockefeller University. He has chaired the University of Georgia Foundation and has been awarded honorary degrees from the University of Georgia, Emory University, and Oglethorpe University.

Tom Cousins and his wife, Ann, live in Atlanta and Hobe Sound, Florida. They have two grown children and five grandchildren. They enjoy participating in their city’s many civic and artistic causes, as well as, spending time with their family and traveling for pleasure.