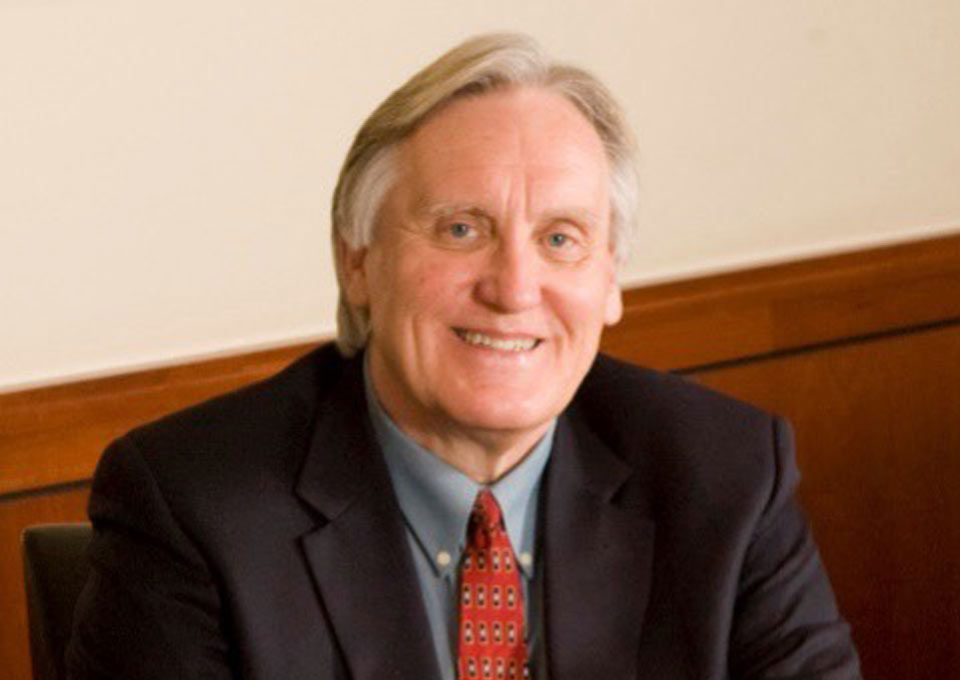 John C. Weistart (A.B. 1965, Illinois Wesleyan University; J.D. 1968, Duke University; LL.D. (Hon.) 1981, Illinois Wesleyan University) spent his career as Professor of Law at Duke University, School of Law. He is known for his writing in the fields of contracts, commercial law and sports law and serves as a consultant to the Federal Trade Commission, and a frequent commentator on issues of business and culture. He has been involved in several innovative projects throughout his career. Most recently he directed the Contracts Video Project which produced The Contracts Experience, the first complete set of multimedia course materials to be used in law schools. The project won several awards for its contributions in the fields of both education and videography. John is also the co-author of the seminal work, The Law of Sports, which has been recognized as the foundation of the now-developed field of sports law. In addition, in 1986, he was the executive Producer of Fair Game, a PBS show on issues of corruption and commercialization in college sports.

In addition, he has helped start three ongoing nonprofits. Weistart has applied his legal acumen and commitment to community to a range of innovative projects with far-reaching impact. He is a co-founder of and served as lawyer for the Trinity Park Foundation, that in 1980 purchased a longtime vacant corner lot slated for development in Durham’s historic Trinity Park neighborhood to create and maintain a small urban park with a playground and greenspace.

In 2000, he and a fellow congregant at West Raleigh Presbyterian Church, Chris Simes, founded the nonprofit Wheels4Hope to address a crucial need among struggling families for reliable transportation. Working through a mission group at the church, they opened an all-volunteer garage to repair donated cars and place them with low-income people. The organization now operates facilities in the Triangle and Greensboro with a budget of more than $2 million per year and has an affiliate in Asheville.

Along with his wife, Denise Thorpe ’90, who is also an ordained Presbyterian minister and Doctor of Theology, Weistart founded, in 2007, a nonprofit that has their primary philanthropic passion in its name: The Foundation for Lithuania’s Children. Its primary work is in support of children who come from families in distress in Lithuania — the birthplace of Weistart’s paternal grandparents — living in state-owned children’s homes. In addition to dealing with policy issues relating to children’s rights, the foundation facilitates personal relationships and recognition of special events for individual children.

John and his family currently live in Raleigh, NC and will soon relocate to Denver, CO.